Andrei Cherny resigned Monday from his position as chairman of the Arizona Democratic Party. In his resignation message, he said many of the people who urged him to run for the chairmanship are now urging him to "take on a new and different task."

While Cherny hasn't yet announced his plans or described that new task, he has launched a congressional campaign website, which allows people to sign up for email updates. He hasn't filed as a candidate with the Federal Elections Commission, either, which is a requirement for anyone running in a federal election such as a congressional race.

The Arizona Capitol Times reports: "Cherny is expected to soon announce he is running for Congress in the new 9th Congressional District, which includes parts of Phoenix, Scottsdale, Tempe, and Mesa."

Public Opinion Strategies surveyed 300 likely Republican primary voters over the phone Jan. 18 and 19, and in a memo, says Babeu got 31 percent of the voters. That compares to U.S. Rep. Paul Gosar's 23 percent, and state Sen. Ron Gould's 19 percent.

The margin of error is 5.6 percent, and the company didn't include the survey questions or response options in the memo of the results.

Babeu and Gould are "very strong in their geographic bases of Pinal and Mojave counties respectively, while Gosar's numbers in his base of Yavapai County are underwhelming," the company says in the memo.

That's the sprawling district that will stretch from Oro Valley to the northern state border with Utah. It includes Flagstaff and the Navajo and Hopi reservations. It's one of three districts that includes the Tucson metropolitan area, it takes in much of Oro Valley and Marana.

Former U.S. Rep. Ann Kirkpatrick (D), is also running for that seat. She represented the district but was ousted by U.S. Rep. Paul Gosar (R), who says he'll run in another district this year.

Paton made the announcement today, but records from the Federal Election Commission do not show he's filed as a candidate in the race.

Ban Amnesty Now is a self-described “national, conservative research and education organization” aimed at stopping amnesty for illegal immigrants. Russell Pearce had previously worked with the organization, but now is the group’s president.

While Pearce was in the legislature he helped push though SB 1070 among other immigration related bills.

In addition to running Ban Amnesty Now, Pearce will also host a weekly radio show put on by the group. 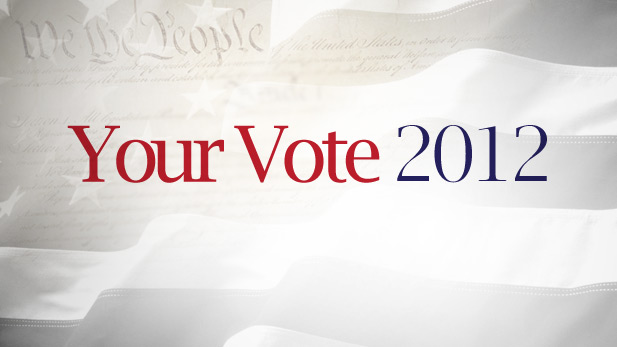 Republicans who want to vote in the Feb. 28 presidential primary election in Arizona must register to vote no later than midnight Monday, Jan. 30.

Register at a party office, a candidate's campaign office, at a local, county or state elections office or online, by clicking here.

The Arizona primary has been moved up to give the state a say in the party's nominee. With three winners in the first three nominating states and a dogfight under way for Florida's big bloc of delegates, the contest is almost certain to still be open come Feb. 28.

Michigan will hold its primary the same day as Arizona.

The list is short at the moment, but a good number of politicians and would-be politicians in Southern Arizona are doing a check-in today to determine if they can win a seat in Congress.

Sunday's announcement by Gabrielle Giffords that she will resign this week has set off the political scramble.

Giffords' announcement overall wasn't a surprise. There had been hints about it from her and her husband, Mark Kelly, for a while. But the timing caught people off guard.

Why now? state Sen. Frank Antenori asked rhetorically. The Republican from Vail already has an exploratory committee at work on a fall candidacy for Congress, and now he is looking at the special election, too. He says he won't make a decision until Giffords' official resignation, expected in two or three days.

One other Republican was doing exploratory work, Dave Sitton, a radio sports announcer from Tucson.

No Democrats had gotten that far, deferring to Giffords. But now several are talking, or being talked about.

State Rep. Steve Farley of Tucson is says he would run if Giffords asked him to or suggested it. Other names mentioned have included state Sen. Paula Aboud, state Rep. Matt Heinz, lawyer and former Giffords campaign chairman Michael McNulty and his wife and lawyer Linda McNulty.

Stay tuned. The list of names is certain to grow as the week wears on.